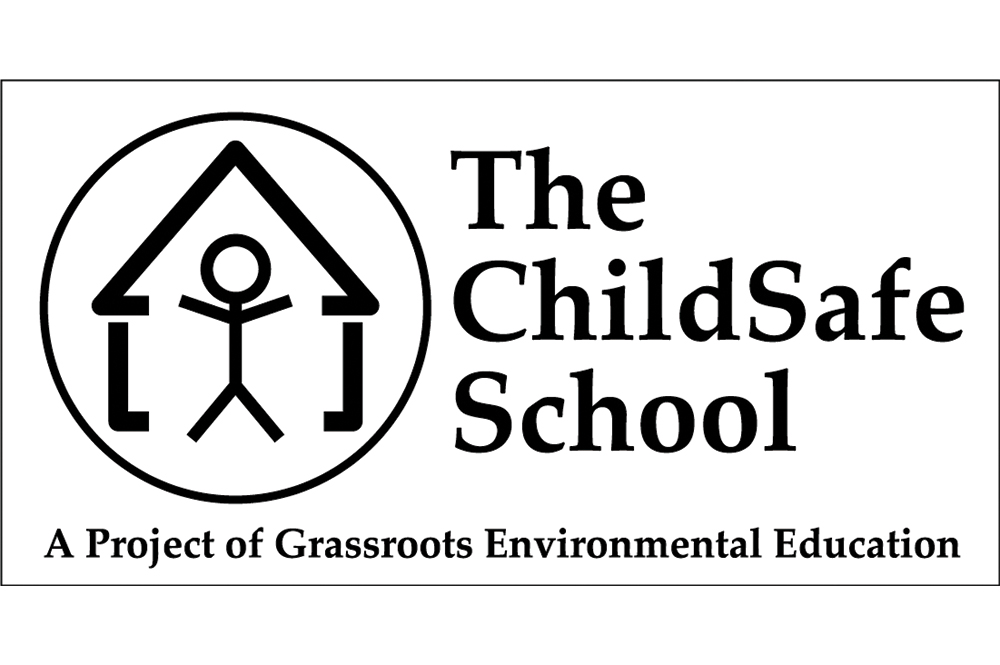 We are pleased to introduce you to our October Charity of the Month: Grassroots Environmental Education’s ChildSafe School initiative

Grassroots is a New York-based non-profit organization founded in 2000 with a mission to educate the public about the links between common environmental exposures and human health, and to empower individuals to act as catalysts for change within their own communities. Their programs are based on science, and their network of environmental experts includes leaders in the fields of environmental toxicology and medicine from Yale, Columbia, Harvard, Tufts and New York Universities, U.C. Berkeley, Mount Sinai School of Medicine and other similar institutions.

Keeping Our Children Safe
As part of our continued efforts to support organizations that work with children and the environment,  we will be raising funds for the entire month of October for Grassroots’ ChildSafe School initiative. The ChildSafe School is an award-winning science-based program designed to help you make your child’s school environment as safe as it can be.

Recent increases in rates of asthma, cancer and other childhood illnesses as well as learning and behavioral problems linked to exposure to toxins in the environment have sparked an increased interest in the environmental quality of schools.

The ChildSafe School provides a step-by-step framework to help parents, teachers and administrators make their schools as environmentally safe as they can be, by adopting policies such as:

North Shore School District Benefits from ChildSafe
Thanks to the hard work and dedication of Patti Wood and others at Grassroots, in 2011, New York State became the first state in the country to pass a law banning all pesticides on school grounds. But they’ve also undertaken initiatives closer to home. In 2016, every school in the North Shore School District switched from toxic rubber crumb playground surfaces to woodchips. Up next:  The ChildSafe School is taking on the removal of wireless routers in classrooms, and turf fields and artificial fragrances in schools.

For more information on The ChildSafe School, visit www.thechildsafeschool.org. For more on all the amazing work Grassroots is doing for our community and beyond, visit them at www.grassrootsinfo.org.